Our felucca ride was really neat. We went for the sunset ride and it was amazing (even though at this point we had seen every single sunrise and sunset in Egypt...we weren't really looking forward to another one, but it really was worth it). The bank of the Nile that we were staying on (the East Bank) is the central part of Luxor and it was really quite busy, for being such a small place. The bank of the Nile is lined with buildings and ferries. 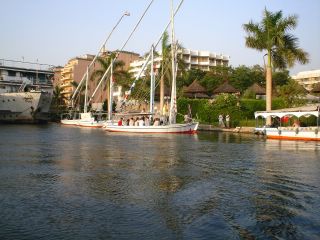 The west bank of the Nile (where the Valley of Kings and Queens is) is rather quiet and a lot less populated so most of the sunset pictures are of the west bank. It was a lot more picturesque.
West Bank of Nile 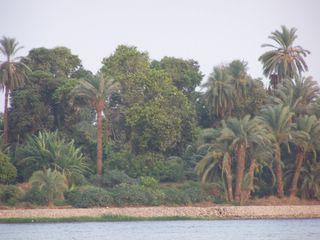 I was pretty amazed at how fast the feluccas can go, both upstream and down, considering they run soley on wind power. Their sails are huge and swing around to catch the wind. It takes 3 men to steer one (although you probably could do it with fewer considering they sat around and did nothing most of the time.

Felucca in the Nile 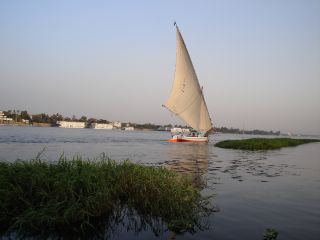 We saw quite a few birds and were constantly on the lookout for crocodiles and hippopotami, but we didn't see any. Rather unfortunate. We did, however, see a bird that can walk on water. It was quite amazing. We would get really close to it and instead of swimming away which an ordinary duck, like a mallard, would do, this duck stood up and ran a few feet away and then resumed floating in the water. It was really cool.

Here we are before the sunset 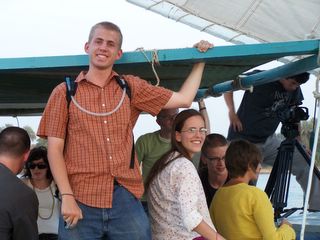 And, like everyone else on the felucca, we kind of had a photo shoot on the Nile. Here are some cool sunset pictures: 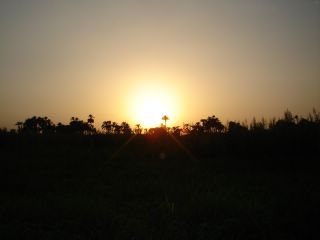 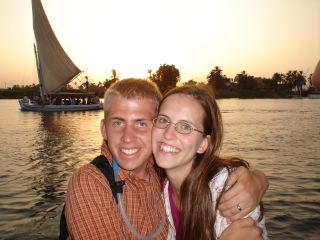 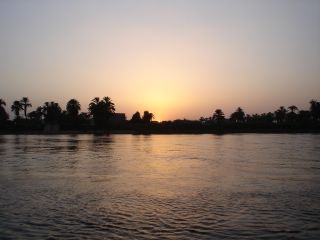 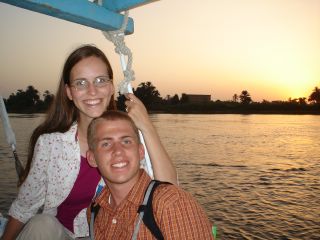 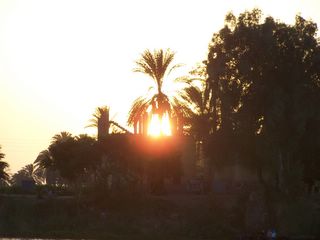 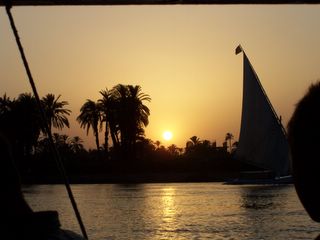 And in case you didn't experience enough jealousy, here are some videos of us heading back to dock at our hotel, which was one of those buildings right on the Nile.